The event is organized on three different locations worldwide, we attended three times already. This time we had our own stand accompanied with our excited team on ISC West Las Vegas. 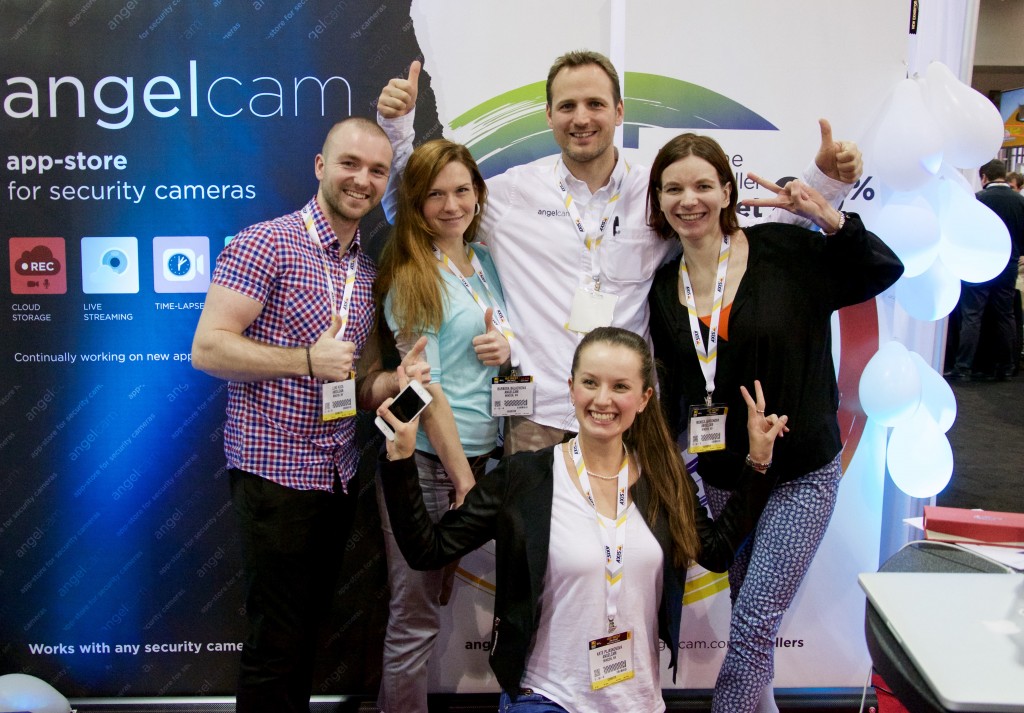 It was simply huge. Over 1,000 exhibitors had their booth there. It seemed like all important and wanna-be-important companies were there. I visited most of the booths and my team talked to more than two hundred visitors at our booth too. Here are our thoughts.

Internet upload connectivity means still some limitation for higher adoption of pure cloud based video platforms. This is also the reason why angelcam is focused to customers with up to 10-20 cameras on one location. We can see two main solutions for this pain:

Both promising up to 50% increase in video compression efficiency. This means that same video quality with lower bandwidth or higher video quality with the same bandwidth consumption. We’ll cover these technologies later on our blog [subscribe for updates here] in more detail, so for now I’ll say only:

Zipstream is on the market for some time. It works with selected AXIS camera models, supports all existing solutions (inc. angelcam) and video players supporting h.264. To be mentioned Zipstream smarter bandwidth consumption works just when used with h.264 codec.

We saw tons of h.265 supported cameras at the show. When h.265 is so great why it’s still not widely adopted by the ecosystem? Crucial is the video player compatibility for web and mobile devices. It’s 2015 – Flash should be gone by now, right? 🙂 Despite that we believe in h.265 and have plans on supporting it in the near future. 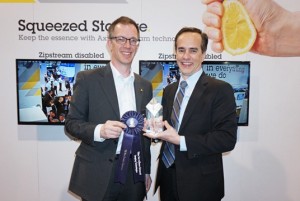 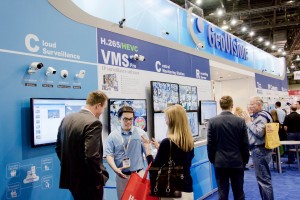 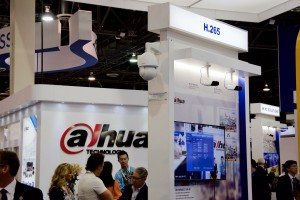 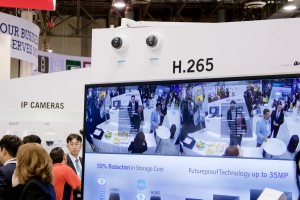 Chinese guys “owned the show”! Countless booths of small manufacturerst and OEMs and big successful brands like Dahua and Hikvision flooded the show. What was visible too is plenty of new Korean producers entering the market. Partially because of the support from Korean government. Chinese and Korean manufacturers often offer very similar range of products and both usually do the same mistakes: their booths are pretty similar, boring and most importantly – staff’s English & excitement definitely doesn’t stand to US standards ;(

It’s a bit sad as we see a decent demand from our resellers and customers for more affordable cameras. 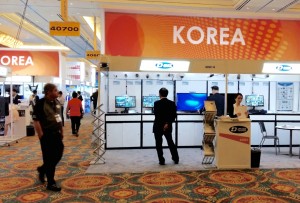 People want to use different hardware and software suppliers. They want to combine them as one can be great at something where others have weaknesses. Something like that was not possible when manufacturer decided to avoid industry standards. They were basically trying to lock customer to their products. One famous example in our industry is Dropcam. We’re happy that more and more manufacturers chose the opposite way and decided to become open to other products & platforms (e.g. Mobotix is opening their cameras).

At ISC West we were pleased to see that almost every device has an open API or other industry standards for communication with the rest of the world: RTSP, ONVIF, Zigbee. The last two named have their own standalone booths as well: 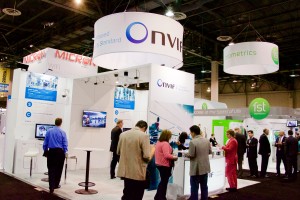 At Angelcam we are continuously looking for opportunities within these standards and machine to machine (M2M) integrations. To provide an example, one of the most requested features from our customers is turning off the video recording when specific people are present in the house/office. This requires integration between alarm system and recording device. We are currently working on a prototype for this specific use case. Stay tuned for more info soon.

These were my three spotted trends from ISC West in Vegas. I would be happy to hear your observations about current trends.

PS: We’re heading to one of the top computer vision conferences, CVPR in Boston. Schedule a meeting with us or subscribe for the blog updates so you get notified when we cover this story.